This time the school-college students are having to deal with the session jam with the university. As it was closed for about 18 months,
no internal examination was held in these educational institutions.
Public exams like SSC-HSC are not only closed, one after the other is appearing.

In the last 18 months, not a single exam could be taken in schools and colleges.
Last year’s Primary Education Completion (PEC) and Junior School Certificate (JSC)
examinations were not taken.
Thoughts are afoot to cancel these two exams this time as well. Usually, there are two tests in November.
Concerned people said that in order to remove the session jam of these two levels,
they were given autopatch in the next class without taking the test last year.

On March 6 last year, the first corona patient was identified in the country.
After the press conference, holidays were announced in all types of educational
institutions from March 16. That holiday is growing by leaps and bounds.

According to the latest announcement, the holiday will last till July 31.

Spread the love to your friends 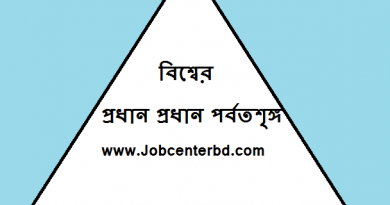 4 and a half thousand UPs are coming under broadband

4 and a half thousand unions are coming under high-speed broadband connectivity. State Minister for Information Technology Junaid Ahmed Palk,

Spread the love to your friends
Latest Technology

Windows 11 will be updated every year